With a population of 76 thousand, Hosanna is one of the 25 largest cities in Ethiopia. Hosanna is 115 miles southwest of the capital Addis Ababa and serves as an administrative center for local government. It is also the center of Protestant Christianity in southern Ethiopia.

In 1929, a pair of missionaries from the Sudan Interior Mission (SIM) settled in Hosanna and began to share the Gospel with local residents. When Italy invaded Ethiopia in 1937, the missionaries were forced out of the country, leaving behind approximately 75 new Christian believers. In 1941, the Italian army was driven out and the missionaries returned to find thousands of Christians living in Hosanna. This dramatic spread of the Gospel formed the foundation of the Ethiopian Kale Heywet Church (EKHC), which today numbers more than 7 million members in more than 6000 congregations.

Upon their return, the SIM missionaries also discovered that 90 percent of the new Christian population was illiterate. Their efforts to subsequently provide training and discipleship established the roots of Christian private education in Hosanna.

Adams Thermal Foundation began supporting the school in Hosanna, called Children's Home Academy of Hosanna in 2013 through Children's Home Society & Family Services. There are 570 students at the Academy and the school enjoys full primary and secondary school status with grades K-12 offered. Students who attend the Academy not only benefit from a top quality education, but are also provided with healthcare, transportation and a meal program.

Each child receives annual health screens and has access to healthcare throughout the academic year. During the routine health screens, we regularly discover that a few of the children are HIV positive. Prior to the school health screen their status was not known. Those children now receive medication and extra medical care from the school.

The school also boasts a large garden. Produce yielded from the garden is used to supplement the school meal program. The garden is also used as a learning lab where children learn biology and families learn about sustainable gardening practices which can be replicated in their homes.

The enrollment process for the school is done in coordination with the local government, who help the Academy identify the children most in need, who may otherwise not have the opportunity of education. Adams Thermal Foundation is actively seeking sponsors for students so that more children can attend the school.  Click on the Sponsorship tab to see unsponsored children now.

Sports metaphors are helpful when it comes to understanding the value of a high school diploma in a developing country like Ethiopia. But it's no mere game for the 52 graduates from Adams Thermal Academy Hosanna (ATAH) who received their diplomas on Saturday, June 29th.

This past April, international news outlets were lit up with the story out of India where 20 students committed suicide when they received the wrong scores on their national exams due to a computer glitch. More than 50,000 other students were requesting re-verification of their national exam scores. When you're competing against generational cycles of devastating poverty, the stakes are high and the game is very serious.

Students at ATAH are enrolled from families who can't afford to send their children to public school. Even as students grow older and their help is needed at home for the family to survive, they remain in the ATAH program for a chance at beating the lifestyle and the social status they've come from. A private school that pays all the expenses plus food, clothing and medical care is the only way for these students to end up on a winning team.

But the opposition is fierce and won't give up without a fight. In an economy where greater than 80% of the workforce is engaged in agriculture, help is always needed with planting, harvesting and caring for animals. Poor families often move to where work can be found or to be closer to relatives. Poor nutrition and access to health care results in learning disabilities and development challenges. Or sick family members need extra care and attention. All of these factors impact students at ATAH and often put them on the sidelines when it comes to finishing their education. Ethiopia maintains one of the highest drop-out rates in the world - just more than 50 percent of enrolled children complete an elementary education. Participation rates fall off sharply at higher levels of schooling.

Still, ATAH is training to win. Our teachers are among the most well-paid with benefits and opportunities to advance their professional degrees. Our facilities are viewed as some of the best in the area and within the past two years, interactive learning opportunities have been added in the sciences and through an internet-equipped computer lab. Students attend full-day classes as opposed to half-days in the public sector and also benefit from a meal program and full-time medical staff. ATAH students score among the highest academically in the region, not only due to the resources invested in them, but also because they realize the magnitude of the opportunity they've been given.

Since Adams Thermal Foundation was formed in 2013 for the purpose of assuming responsibility for the schools in Hosanna and Ottoro Ethiopia, there has been a strategic focus upon adding grade levels every year until 12th grade is fully operational and turning out graduates to pursue post-secondary degrees. For the Academy in Hosanna, 2019 was the first year that 12th graders could cross the finish line and earn their diploma.
Visitors traveled from the United States to join students, staff, parents and family members on Saturday, June 29th. As the graduates took to the field in their bright blue and yellow uniforms (gowns), the crowd went wild as one-by-one, the graduates stepped up and received their certificates. It was a spectacular day for everyone involved and a major milestone for Adams Thermal Academy. As the endgame concluded the score was "Graduates" 52, and poverty zero. The 2019 graduating class sent 52 talented and grateful young men and women on to local and regional universities to study medicine, engineering, computer science and pharmacy.

If we are winners and champions for the moment, it is only because God is good and faithful. He has blessed us with a great team of supporters, sponsors, donors and friends. Thank you for cheering us on and keeping us in your prayers. We look forward to the Class of 2020 in Hosanna and hopefully, our first graduating class from Ottoro in 2021!

If you'd like to be part of this winning team, please don't hesitate to reach out to us at info@adamsthermalfoundation.org or call 888-750-4199! If you "Liked" or "Shared" this story on social media, let us know and we'll send you a digital copy of the 2019 ATAH Graduate Yearbook as our way of saying "thanks".

2nd Annual Ethiopia VBS Is In The Books!

What would make 500 kids give up their first week of summer vacation? The answer is Vacation Bible School at Adams Thermal Academy in Hosanna, Ethiopia!
For the 2nd year in a row, children from the Academy and the local Hosanna community showed up for four days of music, singing, crafts, story-telling, games and food. Grades kindergarten through 8th learned about Queen Esther, Moses, the Woman at the Well and Adam & Eve. Grades 9 through 12th learned about the seven "I AM" statements from the Gospel of John. Crafts included tambourines, zebras and lion manes. Games included freeze tag and the chance to learn about American football.
Central Church from Sioux Falls, SD provided leadership and coordination while other volunteers came from the U.S. and the capital city of Addis Ababa. A total of 34 helpers including Academy teachers made sure the week was fun, encouraging and sent every child home with the message that "Jesus Loves Us"! And because Jesus loves us, we can be brave, joyful and saved! Many of the supplies needed for VBS were brought over from the U.S. in the luggage of volunteers. International flights allow a total of 100 lbs. of luggage per person. So lots of construction paper, glue sticks, crayons, balls and paper plates made the 7,000 mile journey in order to minister to children and their families. The weight of the supplies going over was great, but the rewards were even greater.
Adams Thermal Foundation launched their VBS program in Ethiopia in 2018 with the hope of engaging volunteers from the United States to come and share their time and talent with the "poorest of the poor" in Hosanna. Volunteers at this year's VBS commented on how even the simplest things, such as coloring a picture, brought extreme joy to the children attending. "They're like 500 sponges running around soaking up everything we can give them," said another volunteer. And the joy was contagious, filling the hearts and minds of everyone involved.
If you or your organization would like the opportunity to participate in VBS in Ethiopia, call 877-678-1099 or email info@adamsthermalfoundation.org.

When the high school building in Hosanna was finished, RJ and Teresa Devick, of Bond & Devick in the Twin Cities, made a generous donation to the Adams Thermal Academy. Their gift provided equipment for all the science labs in the school, and offered its students an opportunity rarely found in Ethiopian secondary schools – hands-on learning in a lab setting. As opposed to just listening to lectures, or reading about science projects and experiments, Hossana students are now able to do projects and conduct experiments to supplement their classroom work.

Enter Henok Tadesse Ergogo, a junior at Hossana High School with a passion for science. Henok took to the new science lab like a duck to water, and has completed a number of projects using scientific principles and found objects and trash. His projects have inspired other students and staff at the Academy and impressed the ATF staff on three different trips in the past year. In one case, Henok built a functioning hand crank electrical generator from an old loudspeaker, a pulley and a piece of wood. Another project is a Bluetooth enabled remote control car built from plastic and some wheels that he found. Most recently, he built a wind powered electrical generator from an old fan.

Henok, with his enthusiasm and innovation is a perfect example of the remarkable potential that exists in so many students who would not otherwise have a chance to learn and grow. Thanks to RJ and Teresa and their support, Henok and hundreds of other Hossana students have the opportunity to discover their passions and work towards a promising, productive future in the sciences.

Poor, He wants to be a Pilot when grow up.

He wants to be a Doctor when grow up.

He wants to be a Pilot when grow up.

she wants to be a doctor when she grow up

He wants to be a Engineer when grow up. 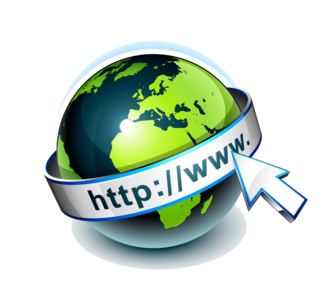 Hosanna is Ready to be WIRED!   Students at Adams Thermal Academy Hosanna (ATAH) are ready to take a giant leap forward.     Plans are under way to connect the computer lab at AT... 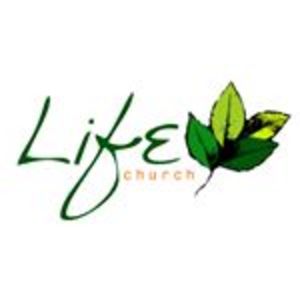 In the fall of 2018, leadership from Life Church came to Adams Thermal Foundation to ask about a need that could be address through the church's annual "Sunday of Generosity". One of the most press...