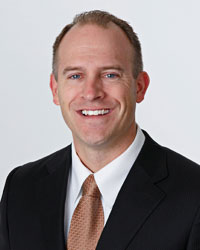 Mike Adams is the Founder and President of Adams Thermal Foundation (ATF). Mike also chairs the Foundation Board and is responsible for the strategic direction and overall operations of ATF.

Mike is also the Founder, CEO and sole owner of Adams Thermal Systems, Inc. (ATS), a manufacturer of heavy-duty vehicle cooling systems. As CEO of ATS, Mike's daily focus is building and supporting a high performing team that exceeds customer expectations. Mike has more than 20 years of experience in senior management with emphasis upon engine cooling product and process development. Mike currently serves on various non-profit boards which collectively serve the needs of the most vulnerable in our society.

Prior to founding Adams Thermal, Mike worked for Behr Thermal in the position of Chief Engineer and was responsible for the design, development, and industrialization of specific heat exchangers and cooling modules for engine cooling in the automotive, on-highway, and off-highway markets. 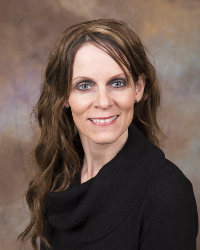 Kim Adams is the Co-Founder of Adams Thermal Foundation and serves as a Child Advocate regarding children and family programs in our Africa operations. In addition to serving on the board of directors, Kim serves on an advisory board focused on child health and holistic development serving our students in Ethiopia.

Kim feels that one of her callings is to make a difference in the lives of children, and she has a strong heart for the plight of the poor and the orphan. Kim has felt the call to adopt, together with Mike, on four different occasions. These children from Ethiopia and Uganda have blessed their family, and given them a different perspective from which they are able to conduct the work of the Foundation.

Kim has a bachelor's degree in Psychology and a Master's degree in Counseling and Human Resources. Kim currently works at home where she helps raise (together with Mike) their nine children and frequently travels internationally to facilitate the work of the Foundation. 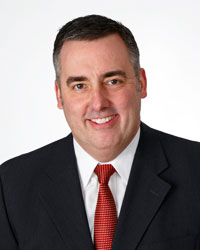 Tad is also the Director of Marketing and Communications for Adams Thermal Systems, Inc. (ATS), managing corporate marketing and sales support, internal communications, public relations, advertising, market analysis and strategy. Tad also has various board and advisory responsibilities for a number of non-profit organizations including The Gideons International and Rotary International.

Prior to joining ATS in 2012, Tad had more than 25 years of experience in corporate marketing and consulting as a small business owner and with public and private companies including LodgeNet Entertainment (SONIFI), XRX Inc. and Orion Food Systems in Sioux Falls, SD.

Tad and his wife, Leah, have two grown children and reside in Sioux Falls, SD. 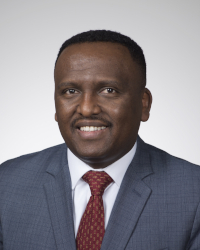 Reverend Samuel Getachew serves as the Director of African Operations and Ministry for Adams Thermal Foundation. Samuel is responsible for Ethiopian operations and is spearheading the ministry NGO to train Ethiopian pastors at a master's level education with the collaboration of Sioux Falls Seminary. Samuel also oversees ministry-based opportunities and represents the foundation in the clergy community.  In addition, Samuel serves as a chaplain for employees of Adams companies.

Samuel is originally from Addis Ababa, Ethiopia and is the founding pastor of Gospel of Mercy Church (Amharic speaking congregation) in Sioux Falls, SD. Prior to joining Adams Thermal Foundation; He was a full-time chaplain at Avera McKennan Hospital in Sioux Falls where he continues to serve as a PRN chaplain. He also serves as advisory board member for the Salvation Army and as executive board member for African Churches Association of C&MA. Samuel has a Master of Divinity degree from Sioux Falls Seminary and is ordained by the Christian & Missionary Alliance. He holds a Doctoral degree from Sioux Falls Seminary.  Samuel and his wife Azeb have three children. 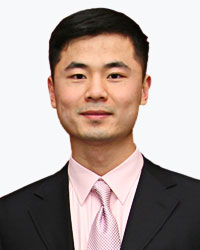 Jason is also the General Manager of Adams Thermal Systems, Inc. (ATS) in China with responsibility for development of international business, supply chain administration and management of the ATS office in Hangzhou.

Jason joined ATS in 2005 and holds an MBA from Zhejiang University.